Tell us something funny about yourself?

When I was little my mother led me to believe that I was funny. My wife has not forgiven her for this.

Why should companies or developers modernize?

Nothing in the world stays still. In fact, there is a certain level of entropy that enters our lives every day unless we actively push back against it. Call it the "cost of being alive" if it helps. To stop creating or to stop making our products and craftsmanship better is either giving over to that entropy or falsely assuming we have reached the pinnacle of existence, which probably isn't true. Not moving forward carries with it the built in decision to make yourself irrelevant and hoping that no one will notice. Not to act like a spoiler but chances are the audience you're trying to deceive will notice well before you want them to.

Why is ColdFusion (CFML) still relevant?

This question always reminds me of a story about a man wandering the world looking for wisdom. In his wanderings he finds a teacher and asks, "Sir, do I really exist?". The teacher looks at him and says, "Whom shall I say is asking?". CF is relevant because we have a community of people, products, tools, companies, blogs, podcasts, conferences and careers that are active, presumably making a living and solving problems well enough that we can exist to ask the question. J.J. Allaire created CFML in 1995 so it's only 6 years younger than the World Wide Web itself. How many other languages, communities and technofads have arisen and flamed out in that time? CF isn't the answer for all things but it's a fantastic answer for many things. Maybe it's naive but I think it will only stop being relevant when that community doesn't exist anymore to ask the question.

What would you like to experience during the conference?

I have a very active two year old at home. If I could experience a nap I'd consider it a win. I'm excited that a "siesta" is built into the schedule. One thing I love about going to conferences is just being around so many people who are actively working on getting better at what they do. Frequently they are approaching problems in ways I haven't considered and know about things of which I've never encountered. There's also something affirming when you realize that the reason that you have a roadblock isn't (necessarily) because you're an idiot but because you're also moving forward and you're starting to really understand the complexities that you're facing. Sometimes, seeing how someone farther down the development trail solved the problem usually helps bring your own situation into more clarity. Ideally, on a good day, you might be able to reciprocate.

Which speaker at ITB do you want to sit down and ask a few questions?

Looking at the speaker list, I have a slight apprehension that I'm going to be like Wayne and Garth backstage at Alice Cooper in Wayne's World. If I get through the week without shouting "I'm not worthy" to a few people, I'll consider it a major feat. I'm looking forward to Pete Freitag's Security workshop. Jeffrey Kunkel's session looks like a good reminder that we're human beings behind the keyboard, not an extension of the CPU. Ideally, it would be great to find a way to wire up Luis' and Brad's brains and just "push play" then sit back and start taking notes. That being said, there are very few people in the world that you can't learn something from and the CF community tends to attract some great people.

Why should attendees go to your session?

I'd like to think that my session is little bridge between some of the large lofty ideals of DevOps, Automated Testing and customizing workflow and the feeling of "Crap, I'm back from the conference, I'm in front of my keyboard and I'm supposed to be typing something". CommandBox is such a powerful tool and does so much that it's easy not to know where to start. What the session does is lay out some common real world scenarios and the challenges that you'll need to fix in order to navigate them. Then we go through how you can use some of the features of CommandBox to either minimize, automate or even sidestep those challenges all together. The session is based on many of the processes we are implementing at Springboard as our developer team grows and our platform becomes more sophisticated. So, I guess the answer is 1) Immediate relevance, 2) widespread applicability and 3) my wife has made me promise not to try and be funny.

What is your favorite *Box Product and why?

CommandBox followed by TestBox. As "fanboy" as this probably sounds, CB was the solution to so many roadblocks in my development process that I wasn't even aware that I had. If I'm at my computer, chances are that it's open. I've started using it with my college students and have based most of the developer workflow at Springboard around what it can do. 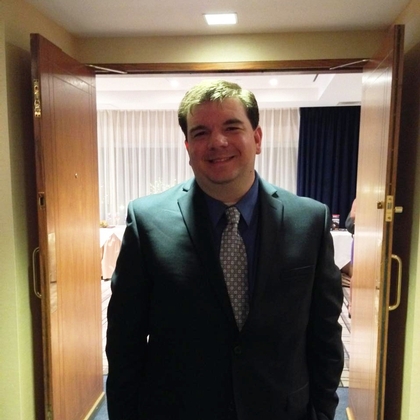 Dan Card is the CTO of getSpringboard.com and has been using CFML for 15+ years in a variety of settings including in the education, non-profit and for-profit sectors. He is the coordinator for the Boston ColdFusion Users Group and is an educator at the Univ. Of Mass. Lowell in the Division of Online and Continuing Education.